Home Again: Through Their Eyes

Home Again: Through Their Eyes 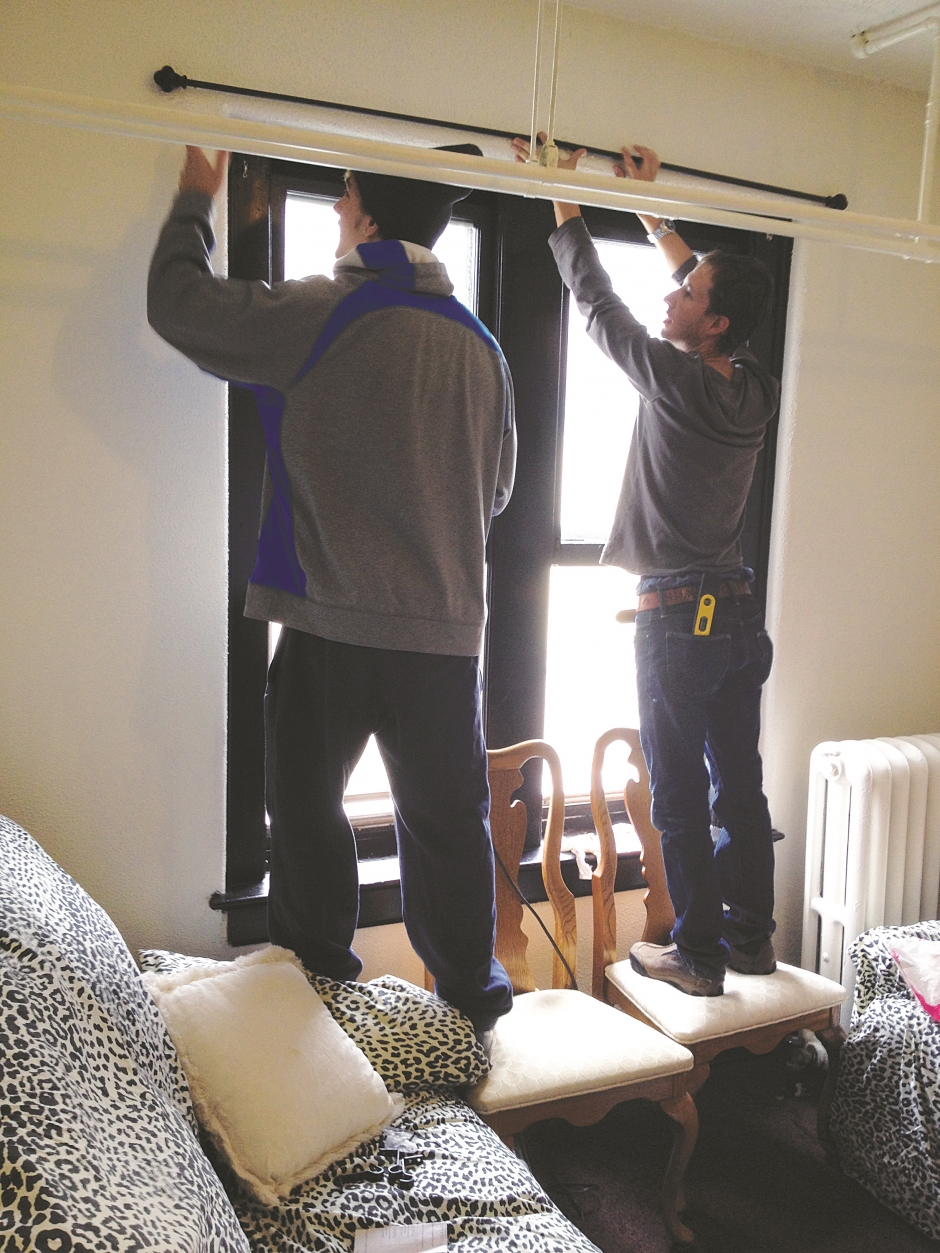 The eyes, mind, and heart of Medaille College senior, Brittany Cowles, were opened so wide because of two class projects designed to get students more involved in the local community that she has changed her career plans.

A secondary social studies education major from Kenmore, Cowles got quite an education while being involved in the community-based learning project “Home Again Through Their Eyes.”

The project was part of Medaille’s collaboration with Journey’s End Refugee Services, Inc., which is run by a Medaille Master’s degree graduate and places refugees from Burma, Bhutan, Iraq, Rwanda, Cuba, Somalia, and other distant countries in homes that are only a few miles from the College.

“Because we grew up here, we see it differently than refugees did,” said Cowles of the photographs.

She ended up seeing a lot of things differently because of the two classes, including her views of refugees and of her native area.

“A lot of people — especially college students — see Buffalo and want to get out of Buffalo as soon as they can,” said Cowles. “They see it as a terrible city with a poor economy, while refugees see it as a safe haven and a new start. It kind of gives a different perspective, a better perspective of Buffalo. A lot of people see it as declining, but with all the refugees coming it is not actually declining, it is actually rebuilding itself as a refugee community as well.”

She remembers pulling up to the West Side apartment and thinking it was a really rough neighborhood.

“I walked up the stairs and everybody is helping everybody out and they were way ahead of schedule,” said Cowles. “It was cool to see all the students working together for a common goal.”

Then she learned that the representative from Journey’s End had been a refugee.

The Basic Photography and History of Ethnic America classes taken by Cowles were part of an overall project that 60 students in five classes at the College were involved in with Journey’s End. Five members of the faculty who teach different courses to different majors got together to collaborate on this endeavor as one of the College’s larger community-based learning projects. The Center for Community- Based Learning provided planning and coordinating support throughout the semester. Bridget Brace-MacDonald, director of the Center for Community-Based Learning, met regularly with student leaders from each of the classes to problem solve and divide responsibilities. Throughout the semester, students in all classes were introduced through short readings, books, and film to various topics related to refugees, ensuring that their community service was connected to classroom learning. 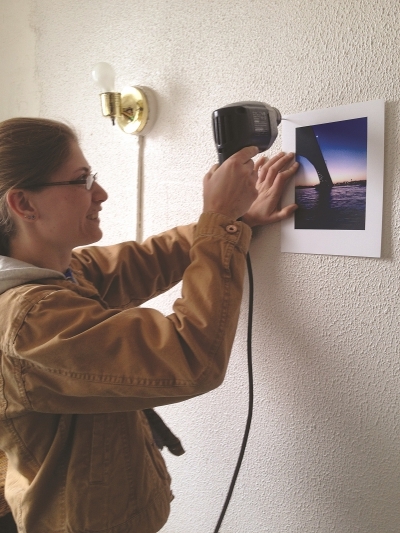 The entire project was successful in large part due to the funding the College received from The John R. Oishei Foundation to implement Project EQUIP, a curricular transformation of the undergraduate experience.

Courtney Grim, who taught the photography course, talked about the two components of the project. “One component was to educate the campus on refugees who are relocated to Buffalo,” said Grim. “To educate the students on what it means to be a refugee and to showcase the similarities and differences between Medaille College students and refugees.”

She explained that Medaille piggybacked on the CEPA photography lessons given to refugees by having its students going around Buffalo and photographing the area through their eyes.

“You couldn’t tell right away whose photos were whose photos,” said Grim, who added many students didn’t realize there were so many refugees in Buffalo before the project.

After the exhibit was finished, the students in Daniel Kotzin’s History of Ethnic America class had to pick the photo they liked and write about it. “So there was a one-page response to the visual imagery,” said Grim.

In addition, the students in Alice Villaseñor’s and Bridgette Slavin’s freshmen learning community and in Jennifer Foster’s senior capstone class spearheaded the gathering of materials to stock a home. When Medaille College alum William McKeever ’96 learned of the project, he was inspired to donate a number of items that were used in the final home set-up. The project culminated with a final celebration and fundraiser that raised more than $375 for Journey’s End Refugee Services, Inc.

The executive director of Journey’s End is Molly Short ’11, who received a master’s degree from Medaille and is pleased with the College’s involvement.

Short explained that Journey’s End needs student volunteers to help refugees adjust to life in the United States very quickly after arriving with practically nothing. Journey’s End gets three months initially to set refugee families with a place to live, furniture, and food. It also tries to help them land jobs if they are immediately capable despite language barriers. Adjustments aren’t always easy.

“They can be in refugee camps for decades,” Short explained. The refugees apply for resettlement, undergo a long series of multiple interviews to see if they are truthful and deserve resettlement and have been persecuted. Then security and health screenings can take up to 16 months. “Less than one percent receive resettlement services worldwide,” said Short.

If they make it, Journey’s End is there for them.

“I like to say we’re kind of like Mom and Pop for the first three months after they arrive,” said Short. “We find them a home, prepare a home for them, do the basic things like get them enrolled in English as a second language, help them get their benefits, and refer them for their employment services.”

Journey’s End also provides development programs for education. “Education is one of the priorities that refugee parents have for their children,” said Short. “Their children face enormous barriers to be successful in school, so we work with public schools providing academic services for assistance.”

Grim said the students learned that there can be some similarities about how they and refugees view things. 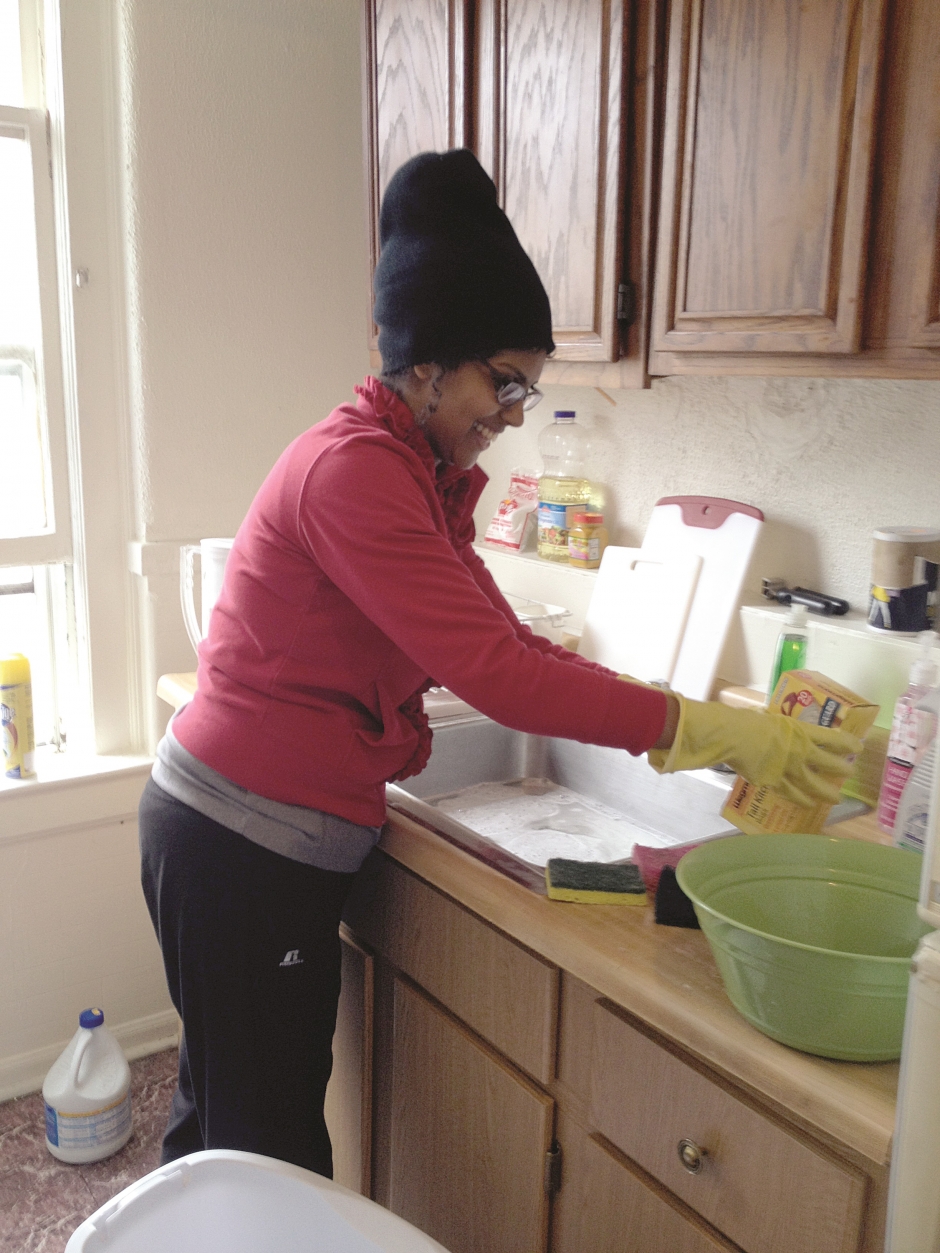 “They learned there is not that much difference in terms of a refugee and someone from Buffalo at the way they look at something visually,” explained Grim. “The reason behind why someone took a photo I think was unique to them. A refugee taking a landscape photograph of a field meant somethin completely different than what a landscape photograph meant to a college student.

“Refugees have been living in a camp for 17 years and haven’t had any space. The Buffalo students were … not about longing, wants or needs or desires. Hardships and persecutions weren’t readily visually seen in the pictures.”

“One of my photography students was so inspired by the project that she wants to get her master’s degree and give back to the community,” said Grim. “The Medaille College mission to make students civically-minded and engaged in the community was successful.”

Grim was talking about Cowles, who is looking to take courses in English as a second language, leadership, and foreign language in graduate school because of her experience with refugees.

“I really liked this project,” said Cowles. “I know I want to do something involved in helping people and learning different cultures as well as helping people learn more about American culture.”

“It has totally changed the way I view the world and what I want to do,” said Cowles. “Not only do I want to teach about these cultures, which I always planned on, but taking it to another level and helping people.”