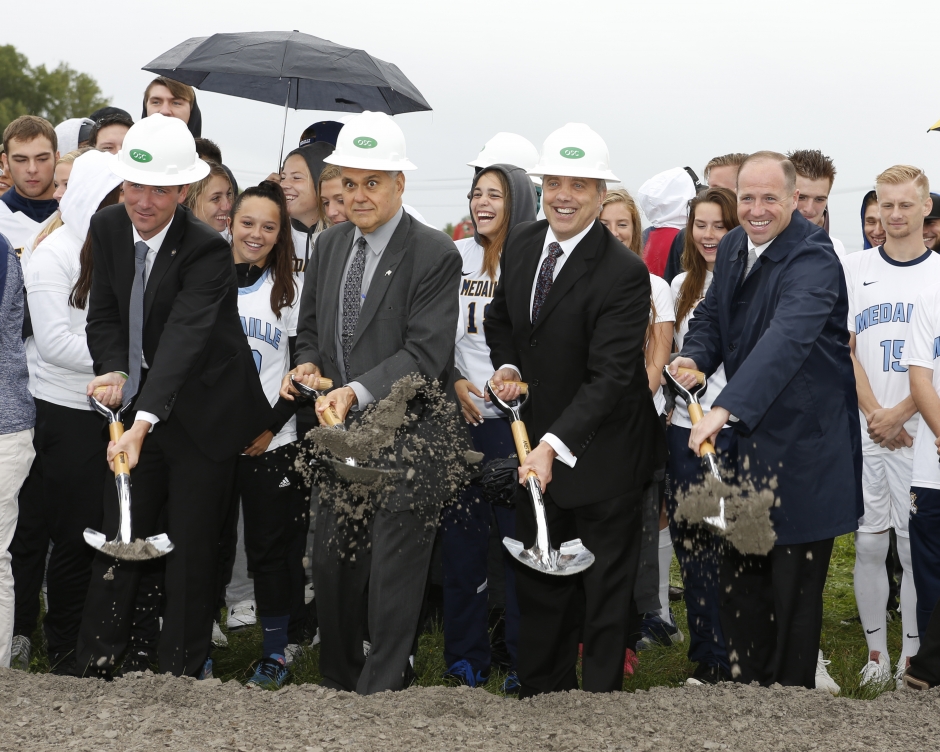 More than 40 student-athletes were present at the groundbreaking, including members of both the soccer and lacrosse programs. Speakers included student athlete Matthew Gabalski, a member of the men's soccer and lacrosse teams. "The Medaille Sports Complex is so much more than just a place to play," Gabalski told the crowd. "It's finally a place to call home."

See photos from the groundbreaking (by photographer Tim Ludwig) on the Medaille Flickr page, and watch medaille.edu and medaillesports.com for updates on the project.