Posted by Medaille College Office of Communications
May 21, 2015 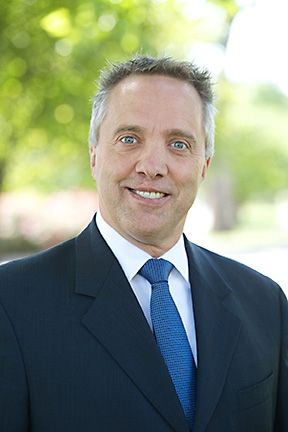 Medaille College announced today that Kenneth M. Macur, Ph.D., has been named as the seventh president of the College and will begin in his new role on June 1.  Dr. Macur will replace Dr. Richard T. Jurasek, who announced his retirement late in 2014.

“We are delighted that Dr. Macur will be joining Medaille,” stated Charles E. Moran, Jr., Chair, Board of Trustees. “We are confident that, through his leadership, the College will continue to fulfill the strategic mission set forth by Dr. Jurasek and look forward to introducing him to both our campus community and the community-at-large.”

Dr. Macur most recently served as Provost and Dean of Bethany College, Kansas, where he grew student enrollment and increased retention rates. He was responsible for the management of admissions, financial aid and academic affairs, as well as several other areas of the college. Prior to his position at Bethany College, he served as Associate Vice President for Academic Affairs and Online Learning at Edgewood College, Wisconsin.

In addition, Dr. Macur has served as CEO and sole proprietor of his strategic management and technology consulting firm, as a consulting manager for Virchow, Krause & Co. LLP (now Baker Tilly), adjunct faculty member at the University of Wisconsin-Milwaukee, and a computer audit specialist at Deloitte Haskins & Sells.

Dr. Macur earned his Doctor of Philosophy in accountancy, Master of Business Administration in finance and Bachelor of Science in accountancy from the University of Illinois.

Dr. Macur will be joined in Western New York by his wife, Dr. Franziska Macur, and the couple’s two daughters.