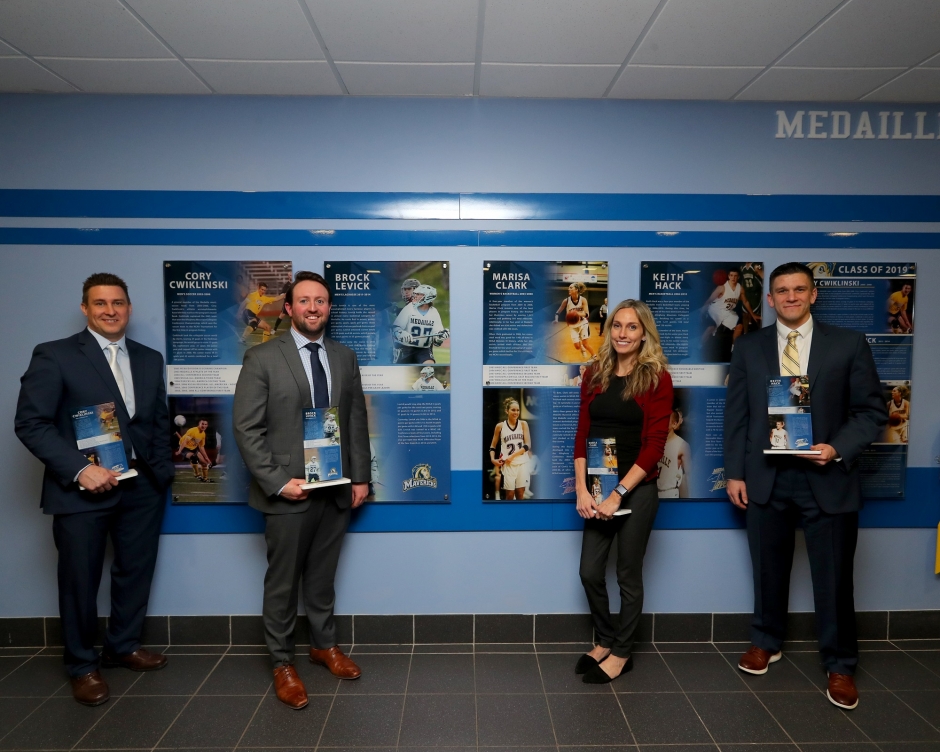 The Medaille community congratulates the Athletic Hall of Fame Class of 2019:

Cory Cwiklinski ’07
A pivotal member of the Medaille men’s soccer team from 2003 to 2006, Cory Cwiklinski’s athletic accomplishments have left their mark on the program’s record book. Cwiklinski captained the 2005 team that won the Allegheny Mountain Collegiate Conference (AMCC) Championship, which sent the soccer team to the NCAA Tournament for the first time in program history.

Marisa (Clark) Hartman ’08
A four-year member of the women's basketball team from 2004 to 2008, Marisa (Clark) Hartman remains one of the best players in program history. She finished her illustrious career by scoring 1,321 points, 581 total rebounds and 656 assists, and defensively was credited with 408 steals.

Keith Hack ’10
Now the team’s head coach, Keith Hack was a four-year member of the Medaille men's basketball team. As a student-athlete playing from 2006 to 2010, he became one of the most dominant players in the AMCC, finishing his career as a Maverick with 1,211 points, 544 rebounds and 150 assists.

Brock Levick ’14
Brock Levick is one of the most accomplished men’s lacrosse players in school history, and to this day, he holds the record in almost every statistical category for Medaille. He ranks first in points, points per game, goals, goals per game, shots attempted, shots on goal and shots on goal per game. Levick amassed career totals of 228 goals and 66 assists, equating to 294 total points in 57 games played.

View photos from this year’s Hall of Fame Induction Ceremony.