All of the goodness our students,
faculty, staff and community
members are doing in the world.
This Just In
DAILY EDITION
Updated as often as we
have great news to share!
VOL. DIGITAL
FROM BUFFALO & ROCHESTER, NEW YORK TO THE MEDAILLE COMMUNITY WORLDWIDE
FREE ED.
MEDAILLE COLLEGE NEWS
Mavericks Work to Better the Community in Buffalo & Beyond 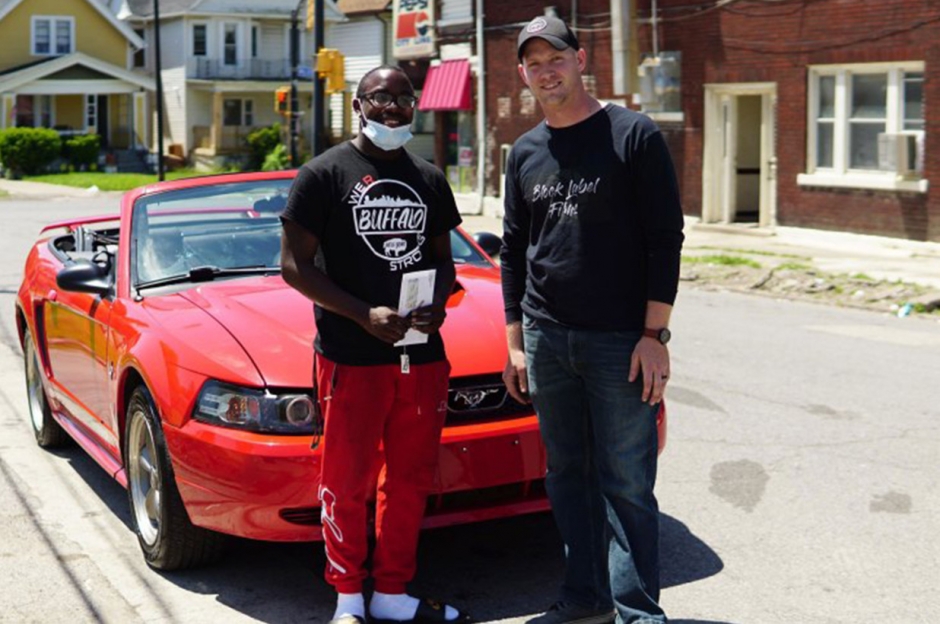 Buffalo teenager Antonio Gwynn Jr. made local, national and international news headlines after he took it upon himself to spend hours cleaning up Bailey Avenue after George Floyd protests last week. When Gwynn saw the damage from protests and saw Buffalo's East Side covered in glass and garbage, he immediately went out to start cleaning the streets by himself. He started at 2 a.m. that morning and did not stop cleaning for the next 10 hours. When an organized group of volunteers arrived later on, they found that the 18-year-old high school senior had already done most of the work singlehandedly.

The City of Good Neighbors quickly noticed and responded to Gwynn’s act of selfless community support, and Medaille College was no exception. As Buffalo’s College, Medaille took note of Gwynn’s actions and reached out to offer him a tuition scholarship.

“Community, integrity, curiosity and excellence are Medaille’s guiding core values, and Antonio Gwynn demonstrated all four in his initiative to clean up our city,” says Medaille President Ken Macur, Ph.D. “We would be honored to welcome Gwynn to our Medaille family and support him in achieving his educational and professional goals.”

Fellow Western New Yorker Matt Block also saw Gwynn’s story on the news and decided to give the teenager his prized 2004 red Mustang convertible. That gift had more meaning than Block originally knew. Gwynn's mother, who passed away in 2018, also drove a red Mustang.

In addition to the college scholarship and car, a local insurance agency contacted Gwynn to offer him a year of free auto insurance coverage. Gwynn has been touched by the community’s response. “I appreciate everything everyone is doing for me,” he says.

While this is the first time Gwynn has received this level of recognition for his good deeds, it is not the first time he has stepped up to help others. He is a member of Kappa Phi and often gives back through community service and outreach.

Gwynn’s story and Western New York’s response was shared by WKBW and its national affiliate CNN, in addition to being featured on other news outlets throughout the country.

Pictured: Antonio Gwynn Jr. (left) received a 2004 Mustang from Matt Block as a gesture of appreciation for cleaning up the city.