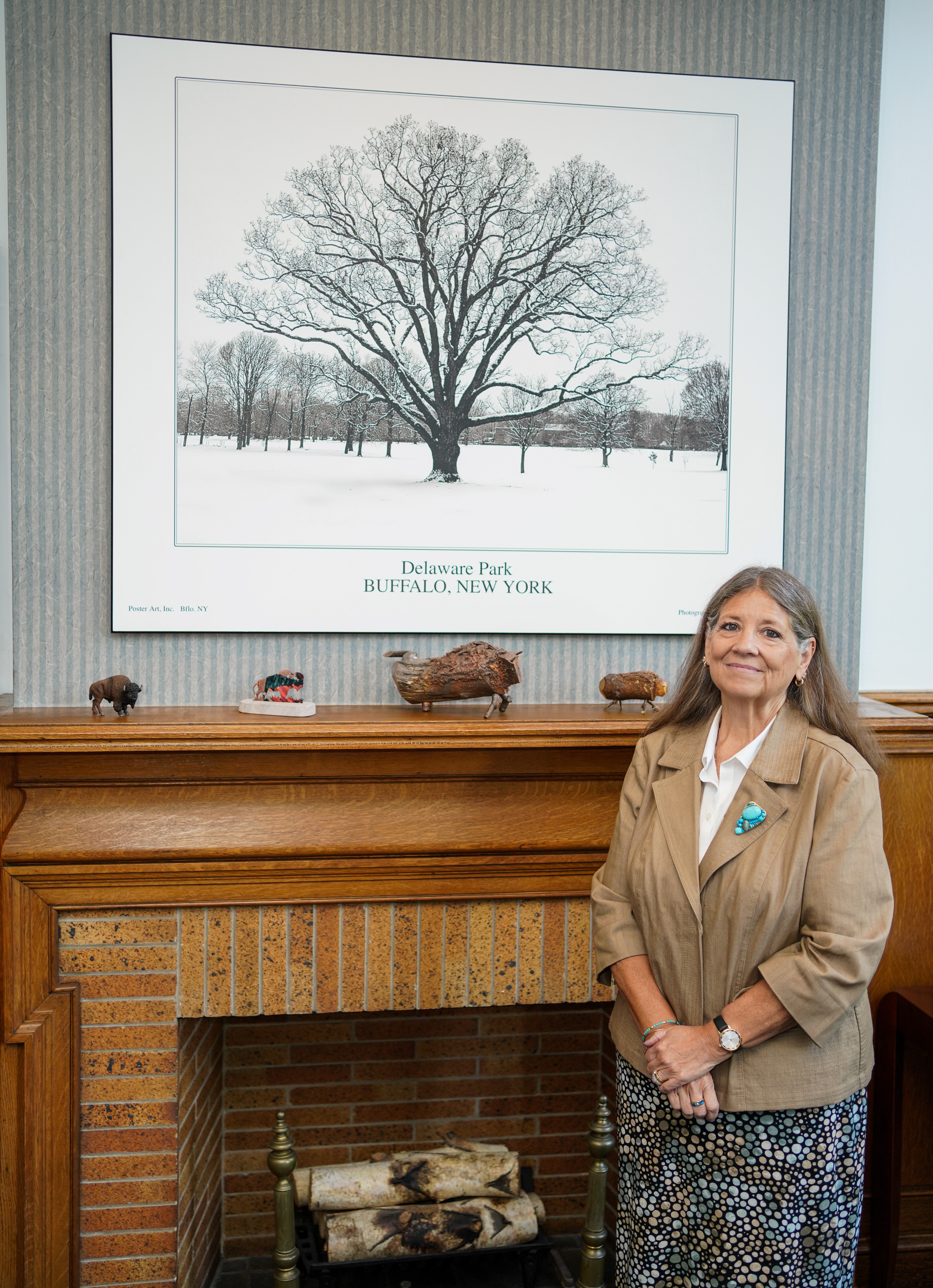 Medaille University Interim President Lori V. Quigley, Ph.D., has been elected as the ombudsperson for the National Indian Education Association (NIEA) Board of Directors. In that role, she will continue her work to advance comprehensive, culture-based opportunities for Native Americans, Alaska Natives and Native Hawaiians. Dr. Quigley, who is a proud Seneca Nation, Wolf Clan member, has been involved in Native American education for over 30 years as a way to support her Indigenous community and Native students here in New York State and beyond. She has held a position on the NIEA Board of Directors as the Northeastern Regional Representative from 2018 to 2021. In February 2022, she was chosen as the ombudsperson for the NIEA Board, and in October 2022 she was reaffirmed in the position for the next four years.

“My passion for my work in Indian education has been fueled by the desire to correct the wrongdoings of the past, such as the trauma resulting from the Native American residential boarding school era and other attempts to assimilate Indigenous peoples,” says Dr. Quigley. “Serving the National Indian Education Association addresses the needs of Indigenous students and communities across the country through our work and advocacy at the federal level.”

NIEA, the leading Native education advocacy organization, was formed in 1969. Since then, it has paved the way for creating equal educational opportunities for all students. The organization has three main guiding principles: to bring Native educators together to explore ways to improve schools and schooling of Native children, to promote the maintenance and continued development of Native languages and cultures, and to develop and implement strategies for influencing local, state and federal policy. Based in Washington, D.C., NIEA is governed by a 12-member Board of Directors elected annually by membership. Board members are responsible for promoting educational sovereignty, supporting the continued use of traditional knowledge/language and improving the educational opportunities and results for Native students across the country.

Prior to her appointment with NIEA, Dr. Quigley earned a prestigious U.S. presidential appointment to serve on the National Advisory Council on Indian Education starting in 2004, where she served as chair until 2007. She also served as the chair of the Native American Indian Education Association of New York for over 10 years, and currently serves as the chairwoman for the Seneca Gaming Corporation Board of Trustees.

Before she was named interim president of Medaille University in June 2022, Dr. Quigley served as the provost, senior vice president for academic affairs and chief academic officer at Medaille from 2016 through 2020.

Dr. Quigley earned her Doctor of Philosophy in language, learning and literacy, along with a Master of Arts in public communication, from Fordham University, and she earned a bachelor’s degree in mass communications from St. Bonaventure University.