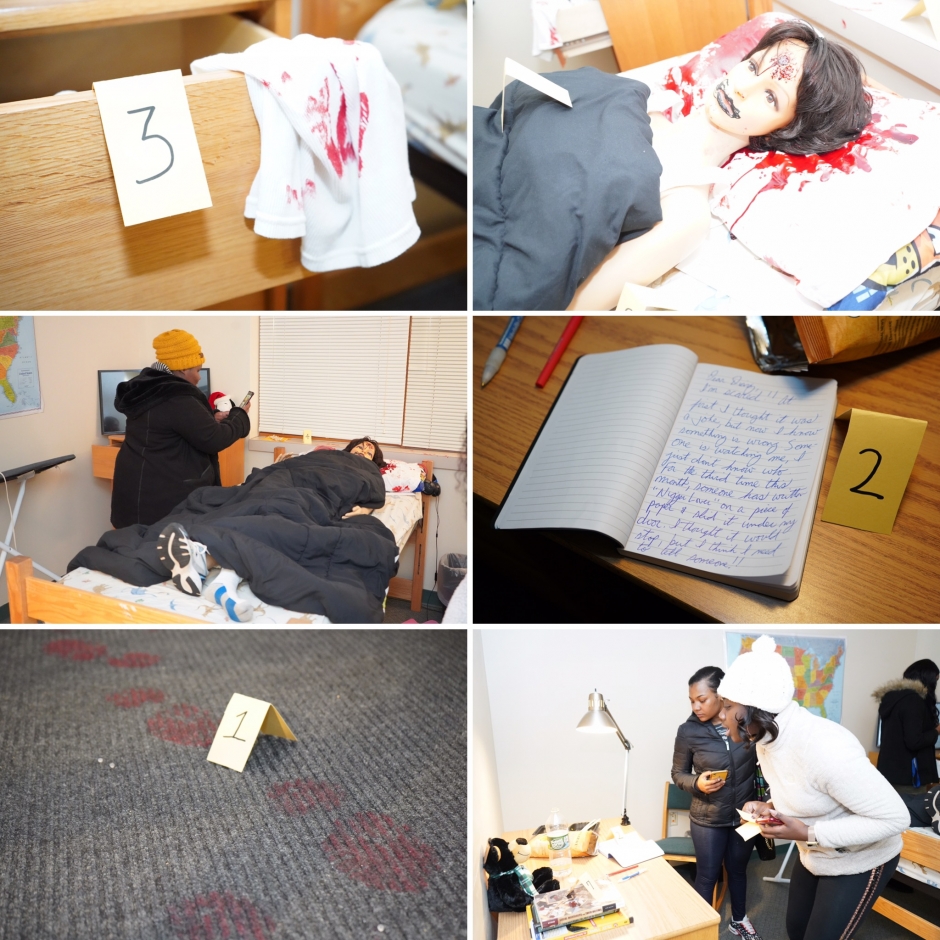 Medaille College Assistant Professor of the Practice Brian Patterson, retired chief of police of the Buffalo Police Department, taught a serial killer class as the fall 2019 semester’s Special Topic in Criminal Justice (CRJ398) course. To end the semester, Patterson led his students, most of whom are criminal justice majors, in a mock homicide investigation in Medaille’s North Residence Hall. A fake body served as the homicide victim for the activity, and the crime scene was staged to include a physical wound and other evidence commonly found at a homicide.

“Students have learned that serial killers are categorized or grouped according to certain behaviors, and they have learned how to differentiate one type of serial killer from another based on unique sets of behaviors, evidence and types of wounds,” says Patterson. His students put their knowledge to the test by breaking down into groups to analyze the homicide scene and determine what type of serial killer was responsible for the murder. After analyzing the scene and speaking with three volunteer faculty members who served as suspects, students completed a profile sheet of the killer, which was then graded for accuracy of assessment.

Photos from the mock homicide scene can be viewed at media.medaille.edu.

Before teaching at the College, Patterson worked for the Buffalo Police Department for over 20 years, serving in roles as a police officer, as a police lieutenant on the mayor's protection detail, and as chief of police for over six years. He started teaching courses in Medaille’s criminal justice program in January 2018, primarily instructing students on policing in a multicultural society.

Medaille prioritizes hands-on learning experiences and courses led by practitioners with real-world experience in all of its programs. Criminal justice majors are prepared to embark on a career based in prevention and problem solving through a proactive approach to criminal justice, and studies can be tailored to one of four concentrations — Juvenile and Family Justice, Law Enforcement Administration and Criminal Investigations, Law and Society, or Homeland Security and Emergency Management.